Kendra Morris´ cover of the Chris Isaak classic “Wicked Game” resembles Pink Floyds classic “Shine On You Crazy Diamond” and made me fell instantly in love with her soulful sound. I later learned that she also covered the Pink Floyd classic in her Tuesday Cover Project.

To explain the project: Kendra Morris released a brand new cover version every tuesday prior to the release of her debut album “Banshee”, which was released back in August 2012. http://open.spotify.com/album/3LGCVa8VfjZoFFzFBjtvlu

Kendra is a fantastic interprenter of songs, and her covers versions of artists like the aforementioned plus her ballad edit of Metallicas “Ride The Lightning” and more was a positive show-off of Kendra Morris musical taste. 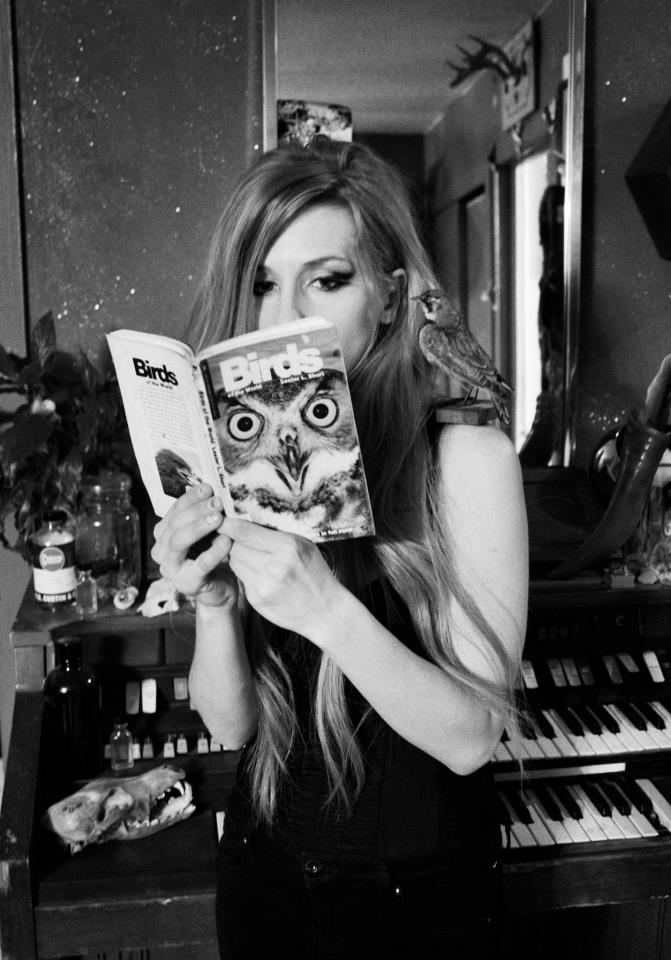 Photo by Taylor Ballantyne
As featured on Kendra Morris facebookpage

I did a blog post – before the release of her debut album – where I shouted out “I have heard the future” and her name is Kendra Morris – if you haven’t read it – you can check the blog post here.

Since her “Banshee” release Kendras cover of Pink Floyds “Shine On You Crazy Diamond” was included in the trailer of the movie “Dead Man Down” – featuring Colin Farrel and Noomi Rapace. Sadly the song is not included in the final soundtrack – but the song made people even more curious about who the singer performing the song in the preview was.

A few weeks back I later read that Kendra Morris has “rewinded” her career – and is going to release a full covers album called “Mockingbird”. I got instant goosebumps all over and it trigged my curioscity so I decided I had to find out more about her brand new project, a little Facebook chatting and a email later I agreed with Kendra Morris to do a little Q&A about the last half year, her future and the forthcoming album:

The cover of the forthcoming Kendra Morris album “Mockingbird”, due out July ´13
Photo by Marc McAndrews

But first I had to hear how her life has been since the release of “Banshee”;

Now that your album has been out for half a year aprox has you life changed somehow?

-There has been a great overall response to “Banshee” and I think one thing that has changed is my confidence as a singer and a songwriter has grown.
-When I wrote “Banshee” I was going through some major growth spurts and was feeling really vulnerable putting all those buried feelings to paper and melody – as an artist – there is a certain amount of ego involved and what a scary thing to tell a bunch of people your inner most feelings and have them staring at your insides. Its like being at a doctors office when you’re nervous that the doctor isn’t going to like what he finds. But then you realize that it’s you!!! And there is nothing at all wrong with doing you. How can you go wrong if you’re being honest?

Your fab cover of the Pink Floyd classic “Shine On You Crazy Diamond” on the trailer to “Dead Man Down” movie, a movie starring Colin Farrel and Noomi Rapace to name a few – has this been like a door opener for you?

-Having “Shine On You Crazy Diamond” as the song on the trailer for “Dead Man Down” opened a lot of doors. The biggest one being a door to so many new fans. I’ve had countless people send me messages and post on youtube about how they heard the song and then looked up “Banshee” and dug into all of the Kendra Morris catalogue.

I loved the Tuesday Cover Project (see above); And your debut album and you now has a spanking new cover album forthcoming; What songs can we expect this time? Could you tell me more about the album, or do you wish to keep it secret until the final release?

-I want to keep the songs on the album a bit of a mystery but I can tell you that they go all over the place.. a couple old soul classics, a few from some classic rock and roll icons, some 90’s favorites.. thats all i’m gonna tell you 🙂 You can expect another duet with my buddy Godforbid from the band That Handsome Devil as well. We did the J Lo /JaRule cover of I’m Real together during last augusts cover series.
-“Mockingbird” is going to have some nice surprises. I can tell you that much.

From the choice of covers versions you seem to have a eclectic and amazing musical taste, who would you name your major musical influence?

-My influences really do go all over the place. I think one of the major things that have always drawn me into the music I listen to is the backbone of a great song. A great song has no genre at the end of the day – it can be spun into anything. A great song can be sung acapella and have the same effect on a listener as it would have with an entire orchestra behind it. 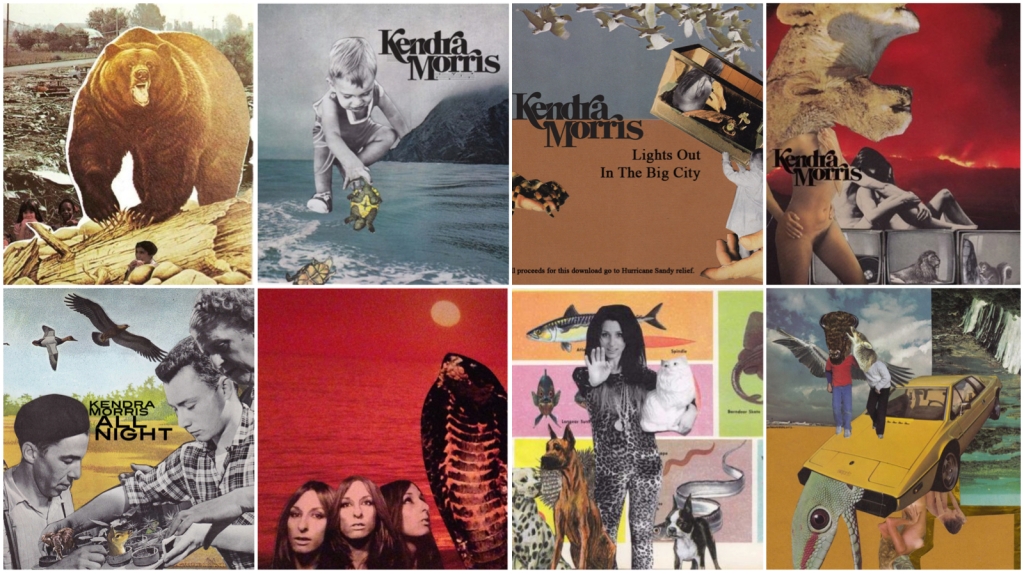 Excerpts off Kendra Morris coverart and more.
See more of her art on her blog here and in her shop here

You seem to be a multitalent and your homemade album collages and albums coverart is amazing and fits like a hand in a glove to your music, do you always make the album art yourself?

-Thank you! I actually didn’t do the sleeve for “Banshee”. Freddy Anzures did that one but it was so great how he went after my all of my influences and used examples from the collages that I have done to create the poster.
-All of the collages on my website and on most of my show posters though are done by me. I’ve been doing them for a few years now. I feel like it really does go hand in hand with my music because when I create a song or a collage it’s layer upon layer of things that inspire me whether it be melodies, images.Things to create a world and a story whether for the listener or a viiewer. I think art doesn´t have any boundaries. It’s all levels of yourself and self expression that you tap into. When I do a collage I feel like it somehow inspires the next song and when I write a song I feel like it nods to the next collage. I am always my most content when creating.

If you could work with any artist – dead or alive – who would you love to collaborate with?

-Hmmm… I don´t know!!!!! I have so many heroes!!!!
-I’d love to go visit Phil Spector in prison and bring some recording equiptment for him and write a song together… -We’d call it; ‘The Trouble With Guns.’

And my cliché question: What´s your all time favorite album(s)?

-Eeekkkk… I honestly couldn’t tell you my all time favorite album. It changes day to day with my mood. I just bought a new record player the other day and can’t stop buying vinyl and blaring my new finds with the windows open. Today I’m listening to Buddy Holly “Greatest Hits” and Barrington Levy “Bounty Hunter”. But tomorrow might be a Thin Lizzy kind of afternoon.

And with that – I wish to thank Kendra Morris for her great answers and must admit I´m still curious about what cover songs Kendra are gonna surprise us with on “Mockingbird”.

I should guess; With Kendras musical taste – there will be a lot of great surprises!

…And her name is…

I heard about her a few years back; checked out her music then I forgot her because artists like Amy Winehouse, Adele and Duffy – all three strong women (then) with a solid retrosoul backing – just like Kendras first EPs.

Kendra has so far released three EPs through iTunes – they can be downloaded here;

But now Kendra Morris is back, and she has two really strong tracks out – more about that later!

So, who is Kendra Morris?

She is a singer-songwriter from New York. Her parents record collection was full of some of the greatest soullegends; Stevie Wonder, The Spinners, War, Marvin Gaye, Jackson 5, The Temptations and more! With this fabolous records playing and laying around in her parents house it did not take long time for a young Kendra to discover the joy of singing along – to some of the best artist ever!

Even though she calls her self a singer-songwriter in her homepage I’ll promise you her parents record collection has made a great imprint in her sound! Kendra Morris soulful voice should make fans of Adele run for their money when she releases her debut album “Banshee” at the end of august 2012.

She has this hoarse like, soulful voice with more they one nod to the great soulsongers back in time. And if I should dare to call her a soul singer more than a singer songwriter I think no one would arrest me. If I could choose if I could sort the sound of Kendra Morris in the singer songwriter category or the soul genre there is no doubt where I would place her!

She has now a on going project were she releases cover versions of well known singers and bands every tuesday – for free, through her homepage and her Kendra Morris Facebook page (you can also follow Kendra Morris on Twitter). So far she has released two fantastic cover versions of Chris Isaaks “Wicked Game” and Pink Floyds “Shine On You Crazy Diamond” (Click to listen on the band and song names to listen to her versions of the songs).
I love cover versions were the artists make the songs sound like it´s their own, and Kendra has so far has done some really great versions of the two aforementioned artists/bands. The Pink Floyd song is closest to the original, but with Kendras strong voice she really owns the song. A quite funny thing is that her version of “Wicked Game” has more similarities with Pink Floyd than Chris Isaak. Both of the songs are really strong and soulful – and suits her voice and music really good!

With a great taster and start like this I am so looking forward to the next weeks with new cover versions. And to not forget her full complete album when it´s being released.

When I drew comparisons with Adele and Amy – it was if Kendra Morris forthcoming album “Banshee”, sounds as great as her last releases there is a great chance for her to become the new Adele.

The year 2012 is going to be the year everyone will know who Kendra Morris is – and if the wind blows her way – she will become one of the really big names in 2012! 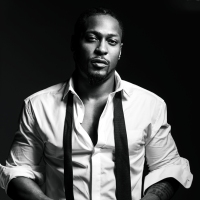